Congratulations to Sudarshan, Dihong, Kathleen, Lauren, and Carter on the recent publication of their work on sand crickets. We are excited that this paper includes 3 undergraduate students as co-authors. We are eager to continue our research on S. scapterisci and its relationship with its bacterial symbiont X. innexi. This specialist parasite is becoming more interesting the more we learn about it.

Endocannabinoids are lipid-derived signaling molecules that control important physiologic processes such as feeding behavior and metabolism. We identified the endocannabinoid system as a new mechanism that influences host immunity to helminths. This work was done in collaboration with Dr. Meera Nair and Dr. Nick DiPatrizio at UCR. 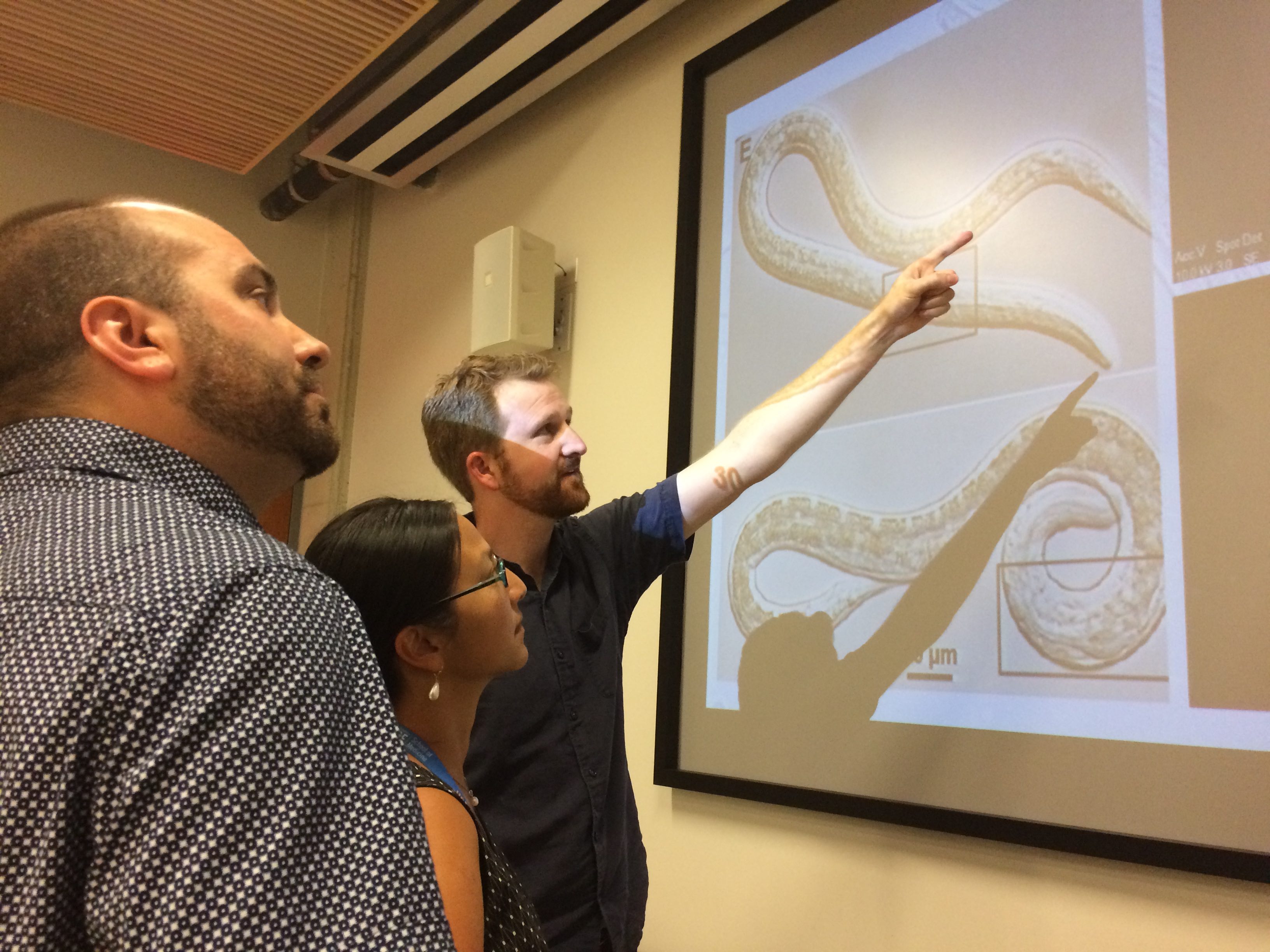 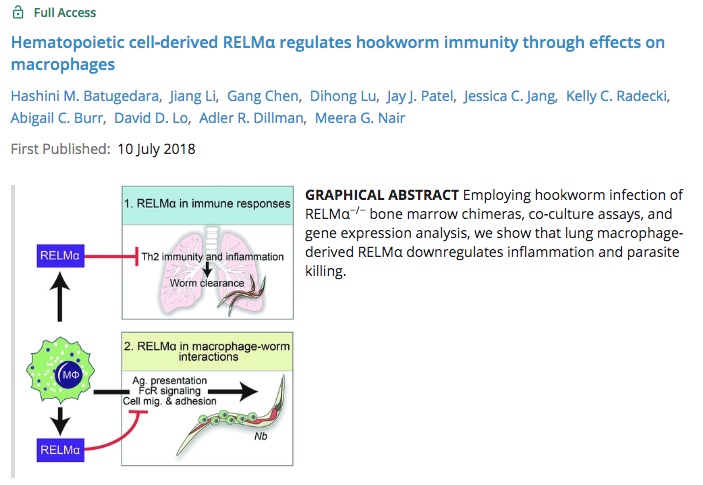 We have entered into a collaboration with Meera Nair’s lab at UCR studying host-parasite interactions using Nippostrongylus brasiliensis as a model. Our first collaborative paper was just published. In this study, we investigated the role of host-derived RELMα in a nematode infection. RELMα is a protein secreted during a type 2 immune response. Our lab is excited to be working with nematode parasites of mammals and we look forward to a long and fruitful collaboration with the Nair lab.

We’d like to congratulate all of the undergraduate seniors that are graduating this month! That includes Christian Bowman, Lauren Braun, Shyon Nasrolahi, and Hector Villa. We wish all of you well in your academic and professional endeavors. We also note that Lauren Braun finished her honors capstone project through her project on entomopathogenic nematode behavior and will be graduating with honors. (Picture below shows Lauren & Dr. Dillman at the UCR honors banquet.) 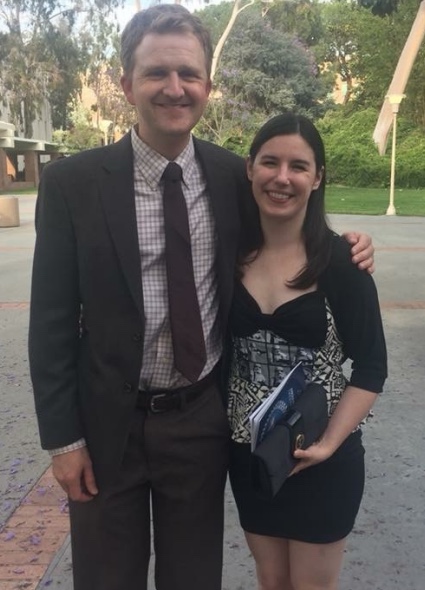 Congratulations to Valentina and Shyon on the publication of their work on EPN activation. This research effort was led by Valentina and is the culmination of research that she’s been doing in the lab since January 2017. Shyon joined the project in January of this year and was able to make a significant contribution to this project. We support helping undergraduates publish their research.

We are thrilled to have our Specialty Crop Multi-State Program Grant funded by the USDA. Congratulations to Irma De Ley for all of her hard work on slug-parasitic nematodes over the years. We are excited to be working with her and our collaborators at Oregon State University on this project.